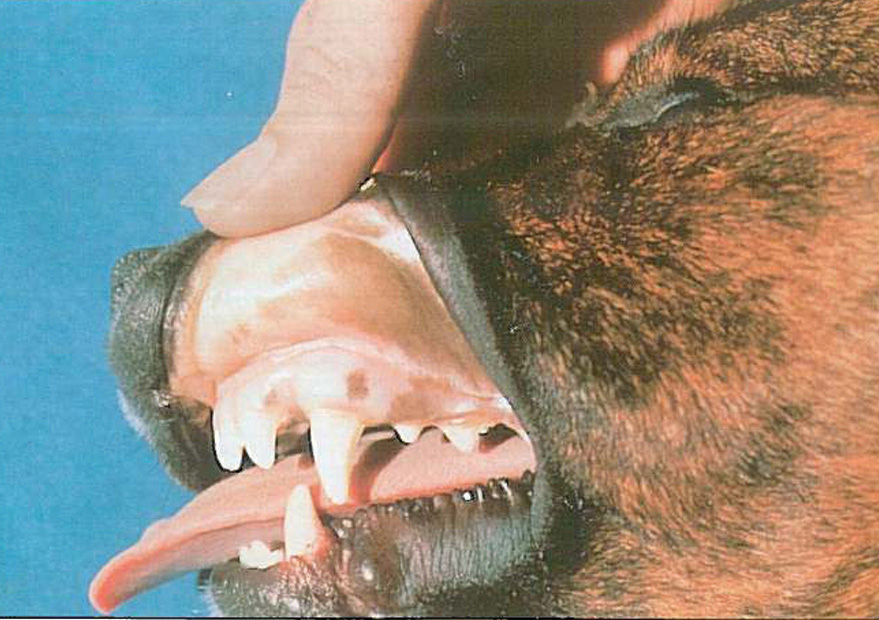 COMMON PARASITES CAN CAUSE SERIOUS PROBLEMS

Ectoparasites, such as ticks, are more harmful to animals and humans than is generally realised. Not only do they cause debilitating and irritating conditions themselves, but they can transmit hazardous diseases to their hosts and humans. Certain zoonoses (disease transmitted from animal to human) have increased in recent times due to the rise of the pet population, with ticks and fleas being the main causative species.

Biliary is a serious tick-borne disease which affects the red blood cells of dogs, cats, horses and livestock. Ticks transmit tiny infectious parasites into their host’s bloodstream where they multiply in the red blood cells (erythrocytes) (Fig.1). During this continuous multiplication process many more red blood cells are invaded and eventually destroyed (haemolysis) resulting in anaemia (Fig.2). This disease can be most troublesome as the clinical signs may be acute, chronic, protracted or relapsing.

The ticks that prey on your pet are mainly the yellow dog tick (Haemaphysalis elliptica) and the kennel tick (Rhipicephalus sanguineus) (Fig.3). Both are major transmitters of canine biliary fever (Babesia canis). In severe infections death may occur very quickly, within as little as one day, unless there is an effective response to treatment. Some animals in endemic areas will carry the disease, but without clinical signs, whilst in other animals showing poor condition, the disease may have reached a chronic stage.

Ticks attaching to such infected carrier dogs, will engorge blood cells containing Babesia sp. parasites. In the tick’s digestive system these parasites undergo another developmental cycle, and by further multiplications disseminate throughout the tick’s intestinal cells and, more importantly, invade various organs of the tick including the ovaries of the female and subsequent eggs laid by the female. This transmission ensures propagation of the Babesia sp. organisms to the next tick generation. This means that a certain percentage of the larval stages of a Babesia-infected female tick pass the infection to dogs, without prior attachment to the infected or carrier animals.

Humans in close and frequent contact with infected animals are at risk of contracting tick-borne diseases, of which tick-bite fever (infection with Rickettsia conori) is the most common in South Africa. Tick-borne diseases are transmitted by the kennel tick as well as other tick species. Of late, Congo haemorrhagic fever, which is transmitted by the immature bont tick (Hyalomma spp.), also has to be considered as an increasing human health hazard.

Blood samples, preferably from a capillary bed such as the ear tip as these are richest in parasites, should be collected for parasite identification. This procedure should only be done by a veterinarian.

Ehrlichiosis is a tick-borne rickettsial disease transmitted through the saliva of ticks. This bacterium infects and kills the white blood cells. Clinical signs may be acute or chronic.

• Babesiosis is normally transmitted by tick bites, so prevention depends on stopping the attachment and feeding of ticks, which may be achieved by avoiding tick-infested areas and by using dips, spot-on products or repellents with or without acaricides. • Each treatment regime has its place in the control of ticks. Some are fast-acting but short-lived, while others are long-acting. Some combat on-host parasites, while others the off-host parasites. • Depending on the severity and stage of the tick challenge, different products are recommended. Some products work only against ticks, while others have a combined efficacy to treat both ticks and fleas. Some products kill ticks while others repel and kill. A product that repels ticks reduces the risk of transmission of biliary fever. • Owners planning to travel with their dogs to areas where ticks are prevalent, should ensure that their dogs are adequately protected against ticks. • Babesiosis infection in a dog does not usually pose a direct risk for another dog, as blood transfer or ticks are needed for transmission of infection